I've been archiving and collecting music of all sorts (And actively posting my finds on the Mei Clover Youtube Channel) Though it's been a long time since I'd found something pertaining to this blog. Somehow though,  I managed to find something from Great American Audio Corp I'd never seen - at a local thrift store! I am shocked I've never come across any of their other tapes here, since I don't live too far away from New Rochelle, NY, where GAA used to be based.

The tape I'm sharing today is 1988's Fifteen Minute Stress Break. It features Dr. Lee Pulos, who appeared on many guided meditation tapes during the 1980s. It's your standard guided meditation, set to sounds of the ocean. However, what really makes this tape stand out is the B-side. It's a fake radio show featuring a gruff-voiced man called Dr. Stanislov Murray, who has his own (fake) radio show called Murray Talk. It's basically a poorly done commercial for other Great American Audio releases disguised as a poorly done satire of radio call-in shows where people ask inane questions to the overly cocky host. I've never heard anything like this before on any other GAA releases, and it totally baffles me that this weirdness would be on the B-side of a relaxation tape. At the end of the A-side, a narrator announces "Now for something completely different. Please turn this cassette over to side 2".

I'm putting the tape in one audio file so you can get nice and relaxed and then immediately listen to the oddness that is Murray Talk. 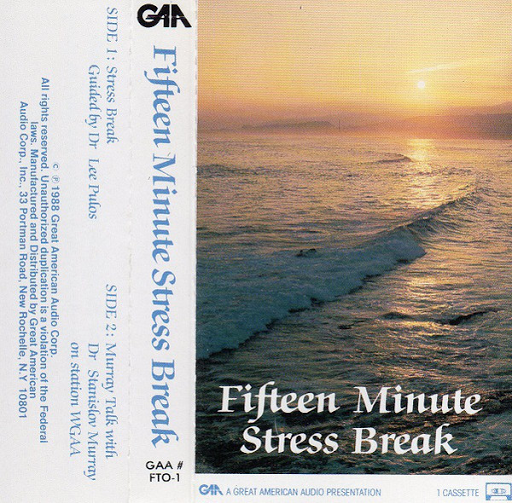 Well, I'm sorry for being way late on this one. I discovered this tape like early last year. It's another installment in Musical Sounds Of Relaxation that I had no idea even existed - It's called Celestial Whispers, and it's nothing we haven't  heard, mostly. Side A is an alternate version of Twilight Dawning from Nightwinds. It's much slower, with some added synths and sparkly sounds. Side B is just Crystal Cave - Back To Atlantis by Upper Astral, except without some of the harp overlays. I do kind of like the edits on side A, but it's nothing new.

Oi! I never forgot about this blog - I never do! I'm happy to announce I have multiple albums to post today, and two of them happen to be from my favourite Great American Audio/VOTS joint series - Musical Sounds Of Relaxation!!!

This time, we've got the lovely Topaz. How do I describe this one? Well, it's Robert Slap produced, of course - It almost makes me think of music from a favourite game of mine from childhood, Final Fantasy IX. It's lovely, makes me think of like fantasy/cathedrals/journeys and stuff. Maybe an odd comparison. But it's really great and I totally recommend you check this out now. I'll start off by saying that this tape was a complete let down. It was supposed to be music by Steven Gruskin, but all it is are tracks from David Naegele's Temple In The Forest, Journies Out Of Body, and Tranquilities (Musical Sounds Of Relaxation Series) with ocean sounds added. It is relaxing and pretty, and the tape rip quality is excellent. However, it's nothing we haven't heard before. Those who are new to the blog and are not familiar to Naegele may like this, since it has good selections from him. But I'm not too happy with this release that had so much potential to be new material.
Again, apoligies for not updating frequently. I have been very busy archiving audio of different music genres and making music of my own. 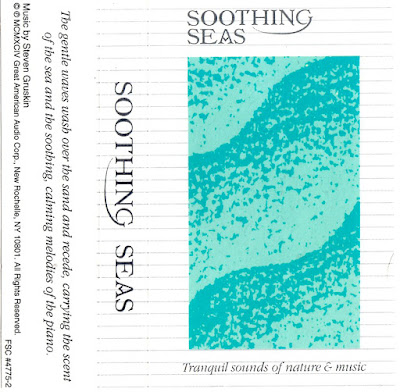 Hello! Sorry for neglecting this blog, however this new batch of posts will make up for it. A few months ago, I acquired the CD rip of Transition by Natopus (Jim Bertucci). This was always a favourite of mine, and the fact that the version we had before this was such poor quality was truly a let down. I had to do some hiss removal and EQ on the CD, but you'll find it sounds delightful. Finally hearing it in pristine quality was a dream come true. I hope you enjoy this lovely release. Made by Jim Bertucci, with help from Robert Slap. 12/8 - FIXED LINK Happy Fourth Of July! And here we have four tapes in a series released in 1990 by the good 'ol Great American Audio Corp, the Fitness Walking series. There were a number of installments, the ones here are Beginner, Intermediate, Advanced, and Expert. There are other versions that include country or big band music, but these four are all great, fast paced, dreamy electronic masterpieces by Robert Slap. You couldn't ask for anything better than this. Think of a cross between Drive and Sedona: The Psychic Vortex Experience Soundtrack. Each tape has a faster pace with a metronome keeping in time to the music to show how your walking pace should be. Needless to say, I'm considering using these myself while walking to see how it goes. I'm gonna put 'em all in one folder for your convenience. It looks a little overwhelming, but it's worth going through it all.

Hello! We've got a real drone record here, one I've used many times to help me sleep. This is 2000's Alpha Wave Theta Wave, Which as suggested are alpha and theta waves meant to cause an altered or meditative state of consciousness. Great background noise for those who have tinnitus. Please enjoy! 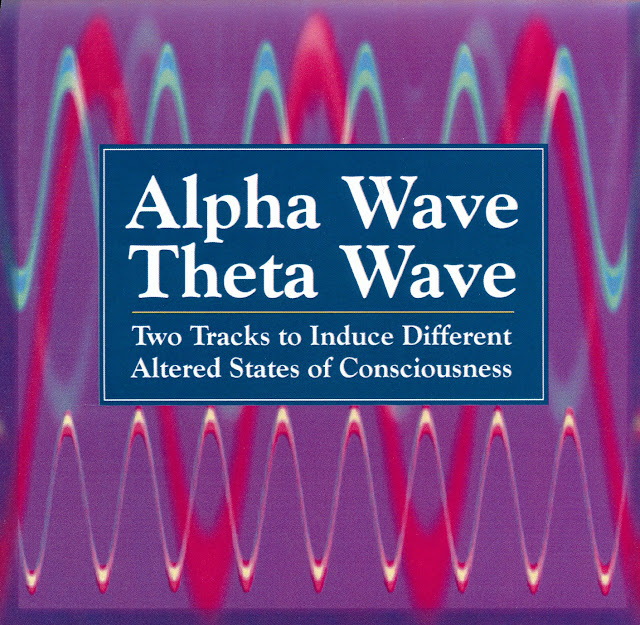